In winning the colouring competition, Theodore, 11, also won naming rights and dubbed the BESIX Watpac’s construction crane as ‘Sir Fix-a-Lot’ – cleverly named in recognition of the growing Ipswich region that the new AMHU will support.

Hosted by BESIX Watpac and West Moreton Health earlier this year, the 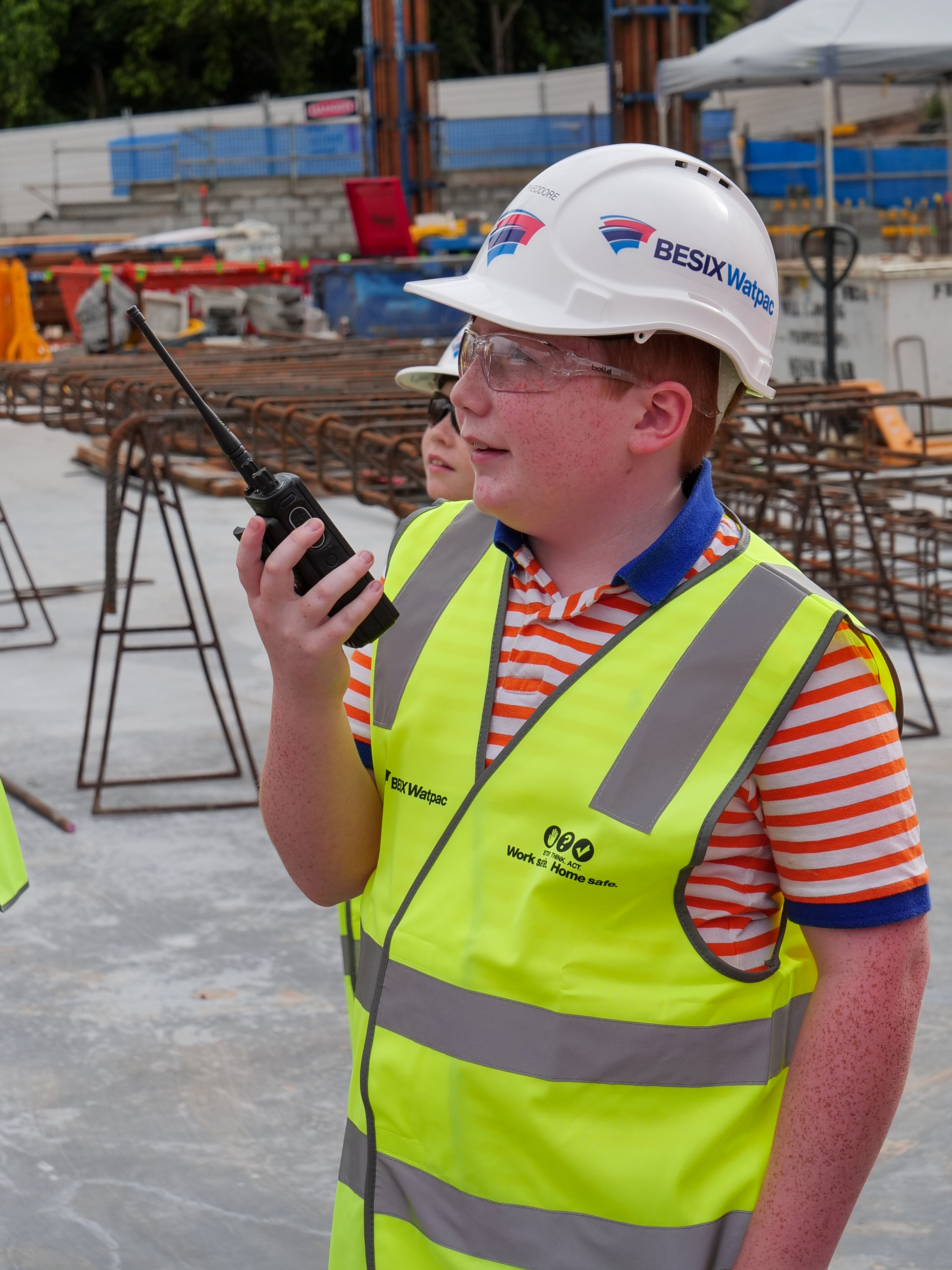 competition called on local primary school-aged children to play an active role in the project by suggesting potential names for the crane that towers over the construction site.

Dozens of entries were received, with submissions assessed by a judging panel consisting of staff and local community. The prize winner, who wins an Apple iPad, was determined based on colouring skill and artistic flair, as well as the originality and symbolism of the suggested name.

West Moreton Health Board Chair Michael Willis said the naming of the crane was a fun way to engage younger members of the Ipswich community and help spread the word about the exciting Ipswich Hospital Expansion and West Moreton Master Plan projects.

“Congratulations to our winner and a big thank you to everyone who participated. We had some great name suggestions and colouring skills displayed. It was encouraging to see so much interest in the Ipswich Hospital development project,” Mr Willis said.

“I particularly liked the winning description where Theodore chose the name as it helps tell the locals it will be building a good community.

“On completion of the AMHU, our hospital will boast a state-of-the-art and fit-for-purpose environment for best practice mental health care services, providing the local community with access to contemporary healthcare close to home and improving our ability to manage more patients as the West Moreton community continues to grow.

“The AMHU is due to be completed in late 2022 and will mark the completion of stage one for the Master Plan.

“Stage two planning is already well under way with the master-planned Ipswich Health Precinct vital to ensuring we meet the health needs of West Moreton residents now and into the future.”

“Work is well under way on site, and I am excited that local school students were involved in this fantastic project for the region,” Mr Rosenthal said.

“The striking blue banner donning the winning name is now proudly displayed on the crane, which will be a feature of the Ipswich skyline over the coming months as the new AMHU takes shape.”

The 80m high tower crane and 55m luffing boom is capable of lifting loads up to eight tonnes and will remain on site until early 2022.