Another key project in West Moreton Health’s Master Plan is well under way at Ipswich Hospital with the opening of new state-of-the-art treatment spaces and construction of the first new ward at the hospital in seven years.

Minister for Health and Ambulance Services Yvette D’Ath said the new 26-bed medical and surgical ward and transit lounge would improve the flow of patients from the Ipswich Hospital Emergency Department and that this construction was due for completion in September 2021.

“These are outstanding facilities designed with staff to provide purpose-built spaces for our patients,” she said.

Ms D’Ath said the Queensland Government had invested more than $146.3 million in Stage 1 of the West Moreton Health Master Plan to meet the rapidly expanding health needs of one of Queensland’s fastest growing regions. 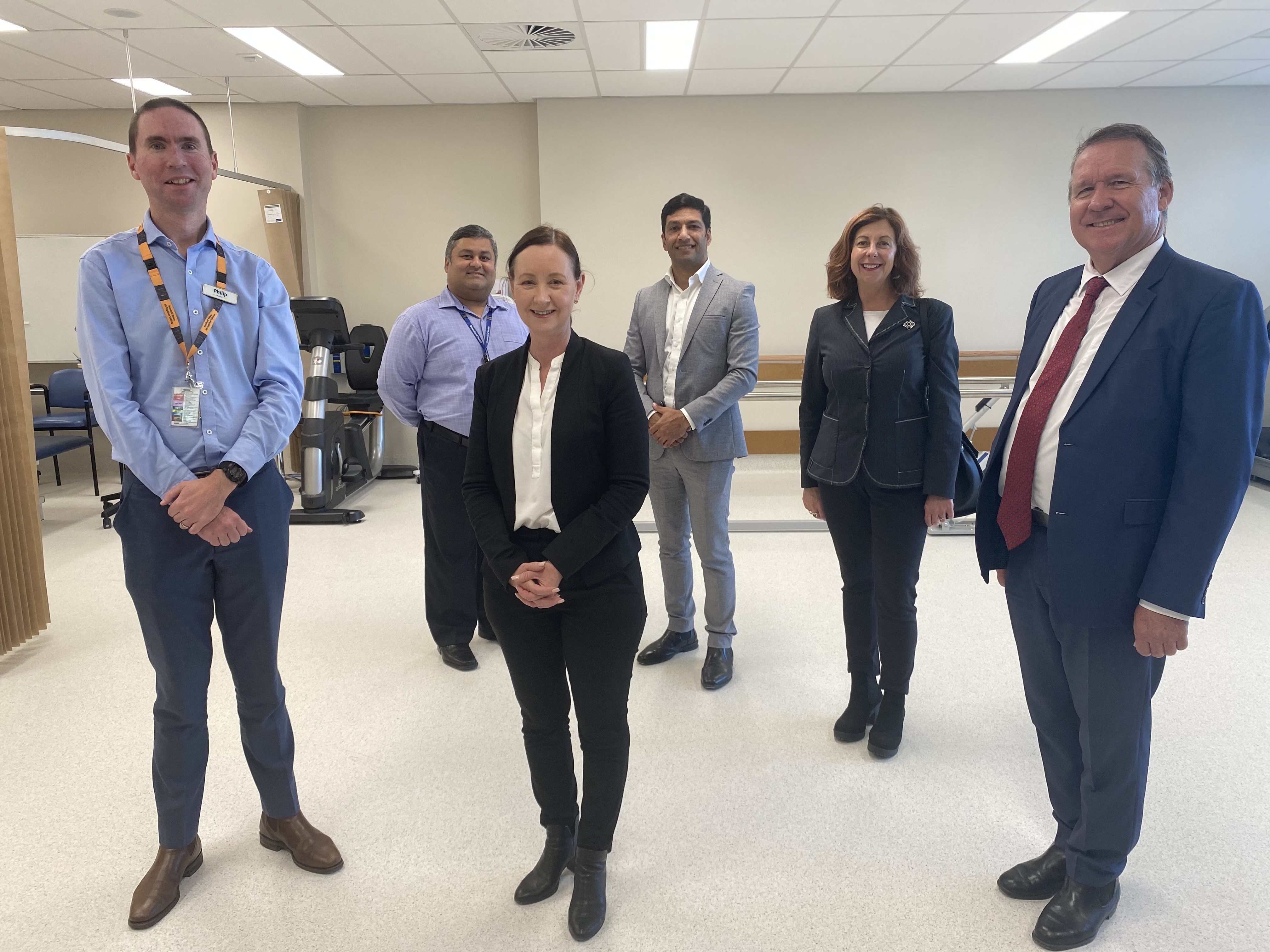 The $25 million Ipswich Hospital Expansion is a Stage 1 project of the Master Plan, along with the construction of a new Acute Mental Health Unit which is also underway.

Other Stage 1 projects, such as the purchase of four inner-city Ipswich City Council properties and a new $5.2 million MRI suite at Ipswich Hospital have already been signed off or completed.

“The Queensland Government this month announced a further $12.5 million funding for West Moreton Health to support the operation of the 26-bed ward and secure 13 more hospital beds in the region,” Ms D’Ath said.

"This is on top of $22 million funding announced in October 2020 to support an expansion of the Ipswich Hospital Emergency Department, a new dedicated obstetrics theatre and an expansion of renal and nephrology inpatient services.”

“These expansion projects will make a significant difference to the patients in our care,” Dr Freeman said.

“The master-planned Ipswich Hospital Precinct is vital to ensuring we meet the health needs of West Moreton residents now and into the future in a safe and sustainable way as we move towards becoming a tertiary hospital.”

“The hospital expansion is happening at the same time as construction begins on the $92.4 million Acute Mental Health Unit across the road from the hospital,” Mr McCallum said.

“When staff and consumers transition to the new building in late 2022, the existing outdated mental health unit at the hospital will be demolished.

“This will create valuable land on the hospital site for future expansion and redevelopment.”

Member for Ipswich Jennifer Howard said the purchase of former Ipswich City Council properties and other land close to the hospital would provide further sites for expansion. The properties will be handed over to West Moreton Health in September 2021.

Member for Jordan Charis Mullen said the future Ipswich Health Precinct would transform the way that healthcare was delivered in the West Moreton region using technology, innovation and infrastructure.

“The Queensland Government is currently planning to build a satellite hospital in the region offering a tailored mix of community and outpatient services designed to reduce demand on Ipswich Hospital and bring care closer to home,” she said.

Member for Ipswich West Jim Madden said the planning that was now under way for Stage 2 of the Master Plan would identify the future health service needs of the West Moreton community and the infrastructure that would be needed to deliver those services.